Check out 5 things to know about Moonlight 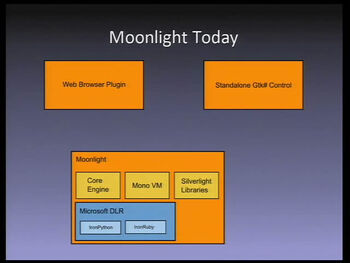 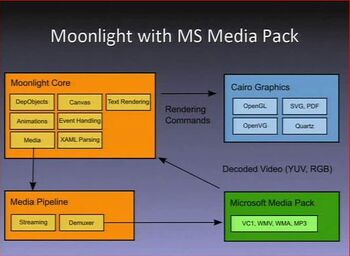 In September 2007, Microsoft and Novell reached an agreement over Moonlight.[1][2]

Moonlight will also use Silverlight 2 controls (which are open source) in its implementation.

A framework exists to run Silverlight applications as native applications on the desktop (as opposed to the web).

The desklets are Silverlight applications that run in standalone mode, with full access to the entire Mono API stack (as opposed to be limited to the .NET subset for the web) and that can optionally render without frames.

These Silverlight desklets are run using the mopen command.

Community content is available under CC-BY-SA unless otherwise noted.
Advertisement